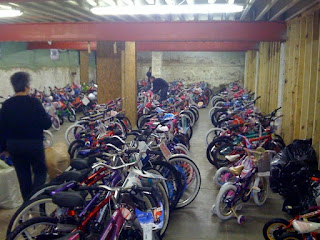 Hundreds of brand-new bikes for Chester- area kids, ready to be tagged
and delivered as part of the adopt-a-family Christmas effort. I'm volunteering today.

My job is to match up these bikes with needy kids who have asked Santa
for one. I grab a helmet, tag the bike and move it to the other side
of the room.

My buddy Jeff is pondering why we're all here. I found a clue for him
this morning in a basement in Chester...
Posted by sleepyfloyd at 9:31 AM No comments:

From the 'Why it Hurts to be a Skins Fan' Dept. 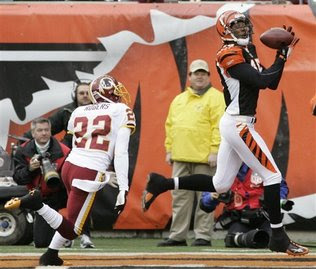 It is easy to build a team with seven-win talent in the NFL. Vinny Cerrato and the Washington Redskins are perfect examples of that.


It's obviously harder to build a team with 12-win talent. I know that. But it is also harder to endure a three- or four-win season, and that is what the Skins need right now.


* They need to lose the rest of their games
* There needs to be no more than 20,000 people in the stands next week against Philly


I'm rambling, I know, but it's because I'm frustrated. Here's what I'm saying:


Seven-win talent means you'll be in the playoff hunt until week 13 or 14, the fans will be engaged, and you can justify adding players like Jason Taylor (who has given us nothing this year) because it seems like you're always one or two pieces away from making noise in the playoffs.


What is harder (and what Daniel Snyder will never do), is to eat all of the salary cap deferring you've been doing for the last five years, cut all the high-priced verteans and be truly shitty so that you can build with youth (like the Texans, 49ers - two teams with worse records that I would trade rosters with in a second).


The Danny's afraid, however, that the people will stop coming (see Lions, Detroit).


But that's what winning organizations do. They understand that you have to go through the pain of being truly awful in order to be truly great. Look at every 10-win team in the league right now, and you can remember when they were a 10-loss team.


So, I end up spending my Sundays on the couch in my basement, repeatedly duped by the possibility that this year will be different. I've figured it out now, though, and my eyes are wide open.

All that's left is for me to do is formulate a justification for becoming a Ravens fan. Hey, their quarterback is a Delaware alum, like me. Does that work?
Posted by sleepyfloyd at 8:23 AM No comments: 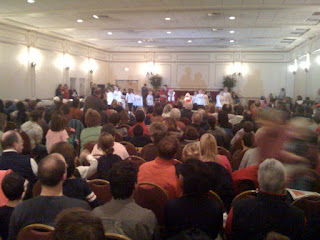 The Hockessin Memorial Hall, caroling and dance program.
Posted by sleepyfloyd at 4:27 PM No comments:

...but this clip is really getting to me right now.

I know as we get to the end of 2008, there will be a ton of retrospectives on the television, radio and elsewhere. Everyone is going to offer their 2 cents on what made this year unique and memorable.

(One certain highlight of 2008 is the launch of Classic Old School Gear - Custom Jerseys. Made to Order - that's right).

This clip makes me think about the power generated when millions of people just say "enough."

I'm sure many of you have seen this before (it's the 19th-most famous scene in film history, or something like that). If you haven't, stick with the scene (it takes about a minute to set up), and tell me how the end of it makes you feel, especially consdering what's been going on in our world lately.
Posted by sleepyfloyd at 1:12 PM 1 comment: